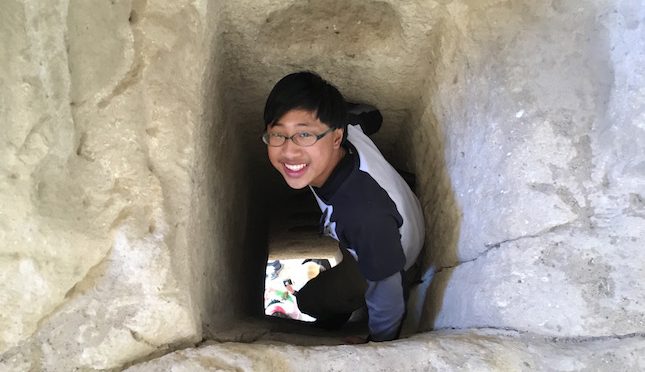 Who is Nathan from his Sister’s eyes?

“If Olivia and Joani aren’t going, then I don’t want to go either.”—that was my little brother, Nathan, at age 5. He was refusing to go on an exclusive trip with just my parents to Vietnam, because Joani and I weren’t going. Even though my parents already applied for his visa and made arrangements he still stubbornly refused. Lots have changed since then. For one, now he would jump at a trip to go to a different country, especially if he gets to go alone without Joani or me. Of course there’s a lot more than that: he’s more talkative now, more out spoken, more adventurous, and has even acquired the teenage “attitude” and presence. Despite the changes from Nathan being a boy to a rising teenager, he still will always be my sweet, little kid brother.

As a kid, my brother has always been the gentle, quiet type—never in the spotlight, but always there when you needed him. I remember him as the master “architect” in the Lego spaceships and blanket-fort departments. Nathan could spend hours in the afternoon, gathering up all the blankets, layering it on one by one, adding the sofa pillows as the sturdy fortress walls and topping it off with a thin fuzzy blanket as the roof. All this was done silently with the cooperative help of my little sister. Then for the big moment when all is finished, he would invite his bossy older sister (me) over for tea and “inspection”. Each time he presented it proudly showing me all the nook and crannies and special places to hide things. Being the bossy person I am, I always got the best spot in the fort and whenever my parents walked by, I would be the first to pop up and give them a tour. Looking back now, I know that I did not deserve any of that, but it was because of my brother’s generosity and creativity I had a life of luxurious blanket forts, “cave houses”, and even delicious snacks. Often I was the one in the spotlight, but whenever I was tired or stressed it was Nathan was the one who would bring me a cup of water or a little something to cheer me up. Even though he was not loud or flashy, he was always gently and invisibly omnipresent. 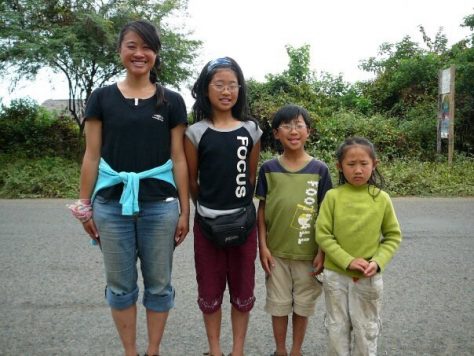 Then, suddenly it would seem, while we were not looking, Nathan went into a cocoon, and emerged as a teenager—“Nathan, can you pass the bowl?” “No. Only if you say please and thank you.” he countered with an indignant tone—one day he was that little boy who listened quietly and did what he was told, and the next he was the teenager who said “no” because he wanted to be heard. It was so different from the Nathan we knew before. Before he kept to himself, and now he’s more outspoken; before he tried to hide his feelings, and now he’s ready to let the flood gates open and tell people what’s going on inside; before he buried his head in piles after piles of books, and now he’s ready to talk about everything he’s learned from them. Unlike his 4 year old self who stumbled over words and cannot express himself clearly, he is so articulate with words now even his fighting tactics have changed. Joani and I used to be the ones with sharp tongues and biting words when it comes to arguments and all Nathan had left was a feisty punch. Now on the contrary, Nathan is the one using big words to attack, often leaving us with nothing to say except “you’re stupid” and giving him a cold hard look. Perhaps all these changes are just a normal part of a boy becoming a teenager, but it came as a shock to us because we have been putting all our attention in putting out fires from Joani who has dominated the “tween” era.

Now, it is Nathan’s turn. He wants attention and he wants to be acknowledged too. One of the ways he does that is by telling jokes. Combined with his creativity and humor he can spin out jokes after jokes that keep his audience amazed and amused even after they’ve heard the 26th of his joke in a roll. Whenever he meets someone new, he won’t hesitate to drop a line or two or to try out one of his new jokes.

Nathan Telling His Jokes in Oman from Jonathan Su on Vimeo.

Of course he has a serious side too. Maybe it’s because of all the thinking he did during his “quieter years”, but he loves to ask deep questions: What is the most valuable non-materialistic gift you ever received? Why do people do abortions? Why do girls put on make up? How do you become a better follower of Christ? Often these open-ended questions would lunge him into many long and intriguing conversations with different travelers we met along the way. I would often see him speak eloquently and articulate his own ideas with maturity way above that of his peers, while he soaked up every word of the conversation. It’s interesting for me as his sister to seem him collect all the information he’s heard and sort it out in his brain as he tries to formulate his own answers to these questions. He’s growing up and I believe he’s trying to figure out who he is. Whether we understand him or not, whether we like his teenage attitude and rebellious flare or not, one thing’s for sure: he’s growing up. He’s still the little boy who enjoys Legos and blanket forts, but he’s also a teenager who is challenging the limits, trying to forge his identity, and most importantly, telling the world that “I am here. I want to be heard.”

Even though Nathan has changed a lot since he was a little boy till now, the core of who he is remains the same. He was creative when he built his own Lego spaceships and still is as he composes his own music; he’s always been a book worm and still is as he becomes a walking encyclopedia; he’s always been curious at how things worked and still is as he continues to ask questions of all kinds. He’s sensitive, kind, funny, helpful, generous, and he always goes beyond what’s asked of him. Nathan is Nathan. But most importantly, he is my little kid brother and I am proud of who he is. 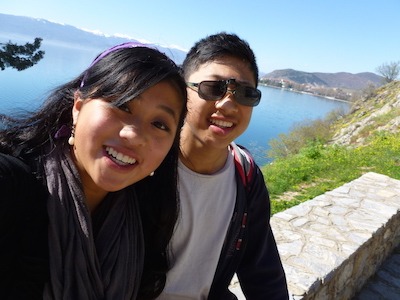 2 thoughts on “Boy to Teenage-hood”