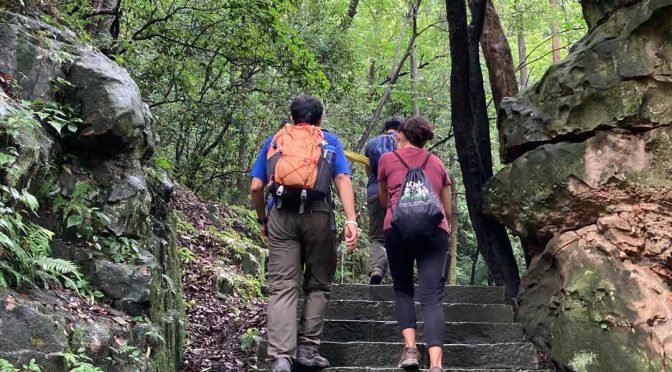 I don’t think my dad’s definition of “almost there” is the same as ours. Growing up every time we complain about being tired or ask “how much longer?”, his reply would be “almost there”. But that’s not true. Sometimes that means “ten more minutes” or “one more hour” or only “we’re half way there”. We learned over time that “almost there” cannot be trusted. Now I realized that my dad probably said that because he didn’t know how much longer it would take. It was his way of saying “you can do it”, “don’t give up”, “it’ll be worth it”.  Whether it was because we didn’t want to be left behind, or we naively believed that the end was truly in sight, or we were strengthened by his subliminal encouragement, we we made it ever time.

Dreams, goals, prayers, hopes—in life you don’t really ever know when you’ll get “there”, But we must hold on to “almost there!” and keep going.

(1/2) “Everything changed the day he pointed the

“I’m thankful to be alive.” We went around

“What tools do you use at home to gather people

“Once there was a monkey and a fish who were goo

“I can see now.” We prayed for Allie everyday